Using ZFS with AWS for higher performance and reliability.

With the adoption of cloud going main stream, huge amounts of sensitive data is being moved from in premise infrastructures to the cloud platform, to help reduce costs of hardware, maintenance and achieve more reliability. While it is a fact that by virtue of leveraging a well designed cloud platform like AWS (Amazon is known for its reliability of its resources with almost no downtime of the data centers), your applications benefit from increased reliability and up-time, our engineers however learned that it is not enough if we want to move up that last 0.1% or 0.2% to get us closer to our goal of always on availability.

Related: For SMEs Cloud Based Services is the default way forward

Here we discuss our journey to achieve that magical 99.9% uptime figure for our Endurance-S solution, served off the AWS infrastructure.

Related: 5 unavoidable reasons to adopt collaboration services on the cloud

Amongst the many components of a collaboration infrastructure, here we discuss our attempt to move the storage infrastructure up a few notches and instead of using a disk as a disk with basic RAI.

We defined the following requirements for our new storage platform:

In our production environment for the collaboration infrastructure, we need to handle millions of small files distributed over thousands of folder (maildir). Our current infrastructure runs of an ext4 file system and we had to make a choice of whether we can get all of the above requirements met with EXT4 or would we need another file system.

With this post, we have shared our observation of performance benchmarks done between Linux+EXT4 on EBS and Linux + ZFS over EBS.

Using Apache JMeter:
We made use of a pre-configured Mithi Connect Xf collaboration server on CentOS 6.0 to stress test POP and IMAP Protocols for different users.

Under the Mail Reader Sampler,

The above setup will perform as follows:
For each thread, 10 messages will be retrieved, simultaneously. 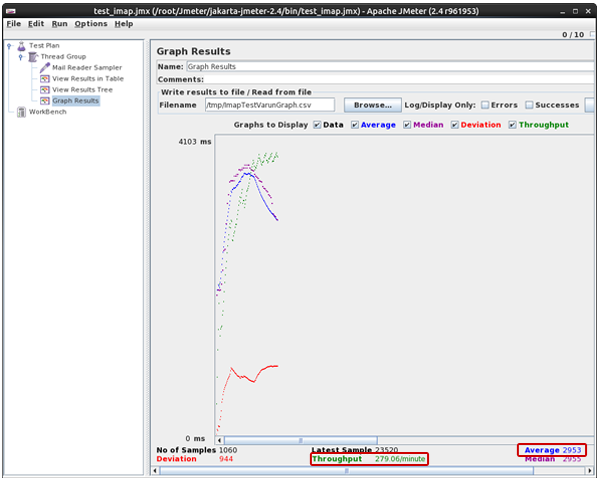 In the above screenshot, we can see the throughput = 279.06/minutes. This means that the server can handle ~279 requests per minute for retrieval. Average time is the time taken for 1 request to fulfill.

The output is shown in CSV format. The field of concern is elapsed and bytes. Here, elapsed time is the time in milliseconds, to fetch 101091 bytes of data from server.

To get different results, we varied the number of thread/users count in the 1st screenshot. The output is shown below in tabular form (for both ZFS file system and EXT4 file system): 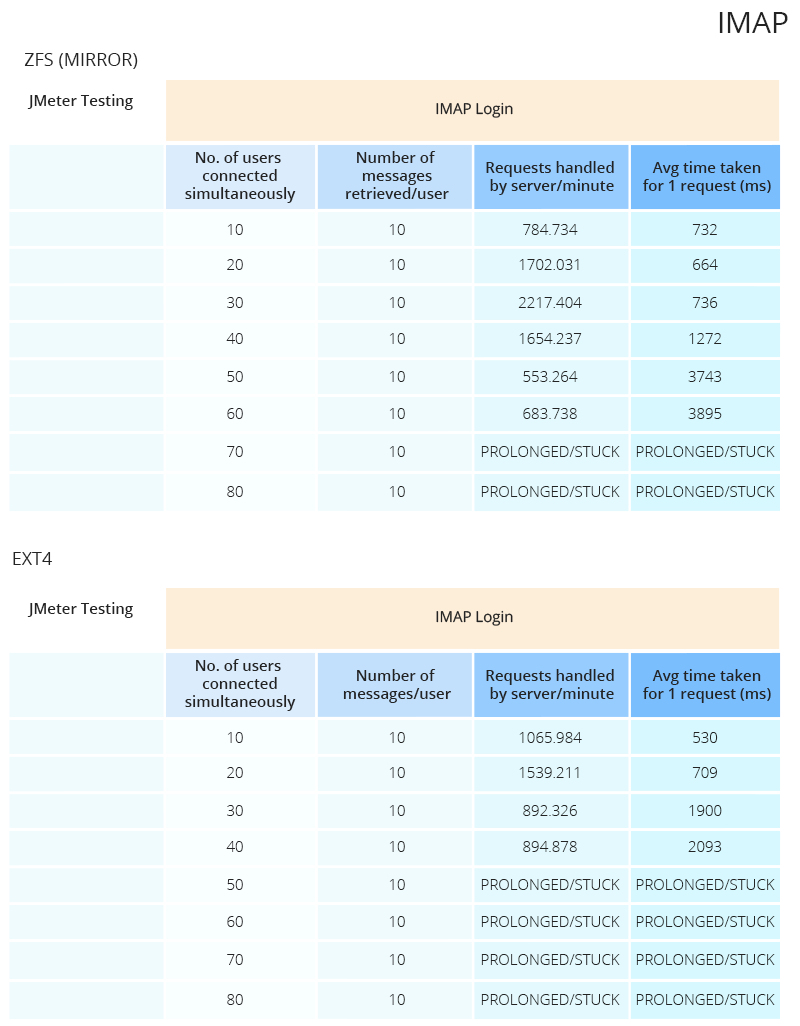 P.S.: For EXT4 no changes had been done as far as optimization and tunings are concerned.

Using JMeter to test POP protocol is similar to that of IMAP. In this the only change is to be done of protocol name to pop3 and port number to 110.

Same test environment were kept for pop3 testing too. 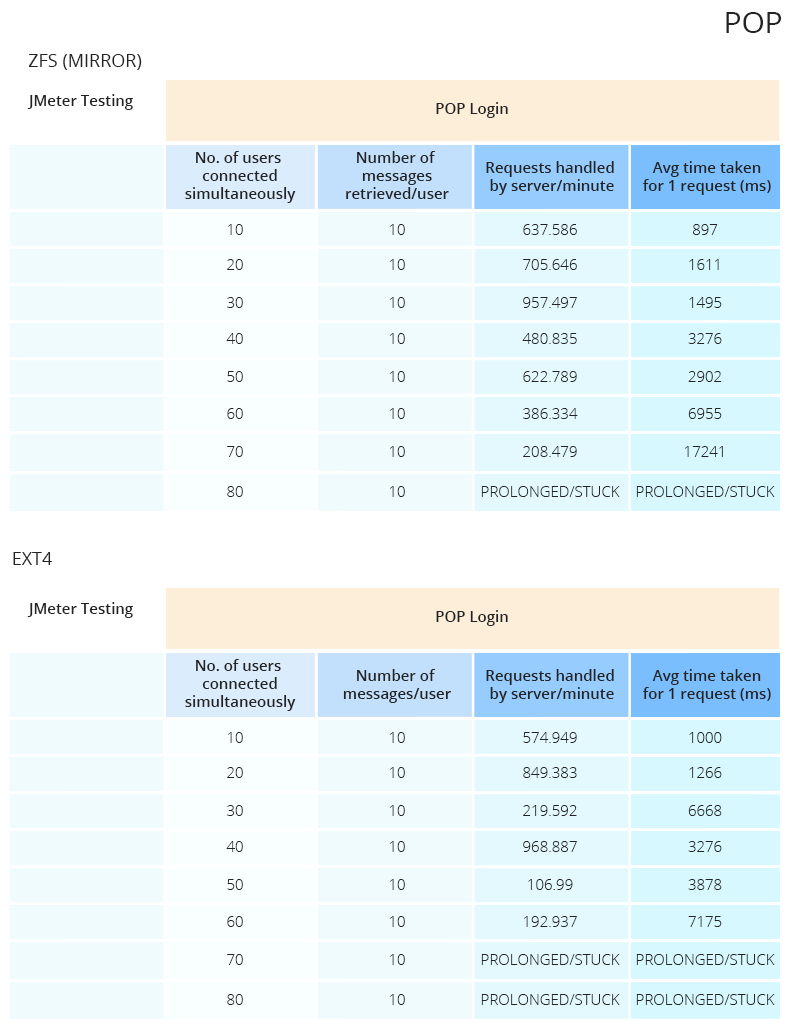 *For POP protocol testing, we tested for both Checksum kept ON and OFF.